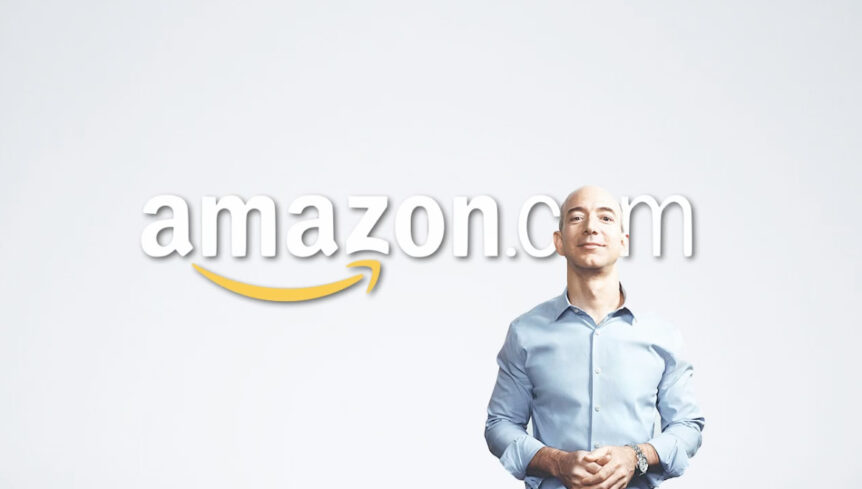 The big four in terms of technology giants Apple, Google, Facebook, and Amazon seem to be on a collision course with each other.  At one point in time, their wares were virtually separate but now they clearly infringe upon each other turfs.

When I see these four names, I can’t help but think of companies that may have been apart of this illustrious group of tech titans in years past.  Names such as Microsoft, Yahoo, AOL, and even IBM.  Did I miss any?  The landscape of technology is ever-changing.  Makes you wonder what the big four will look like in 5 or even 10 years from today?

This WSJ article takes a look at the lines being drawn at the aforementioned companies specifically in the areas of search and hardware where the lines become very blurred between them. 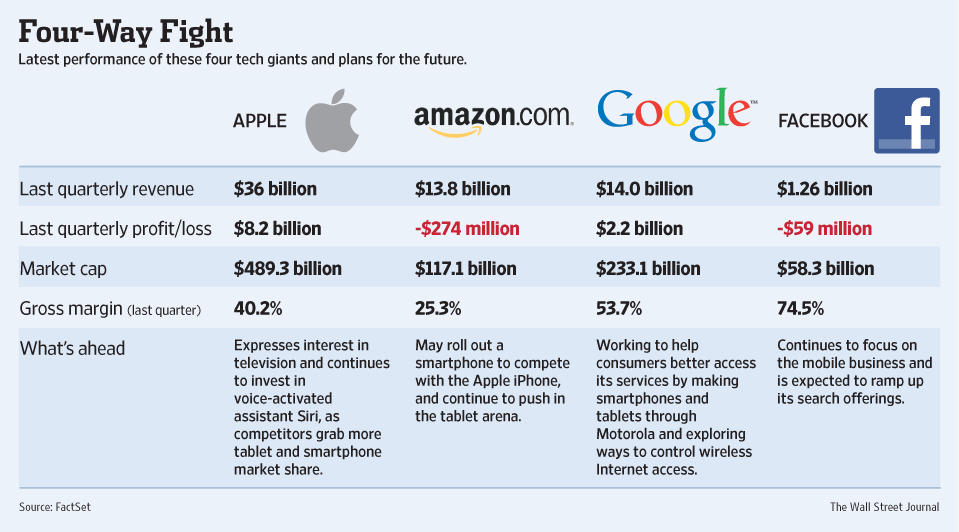