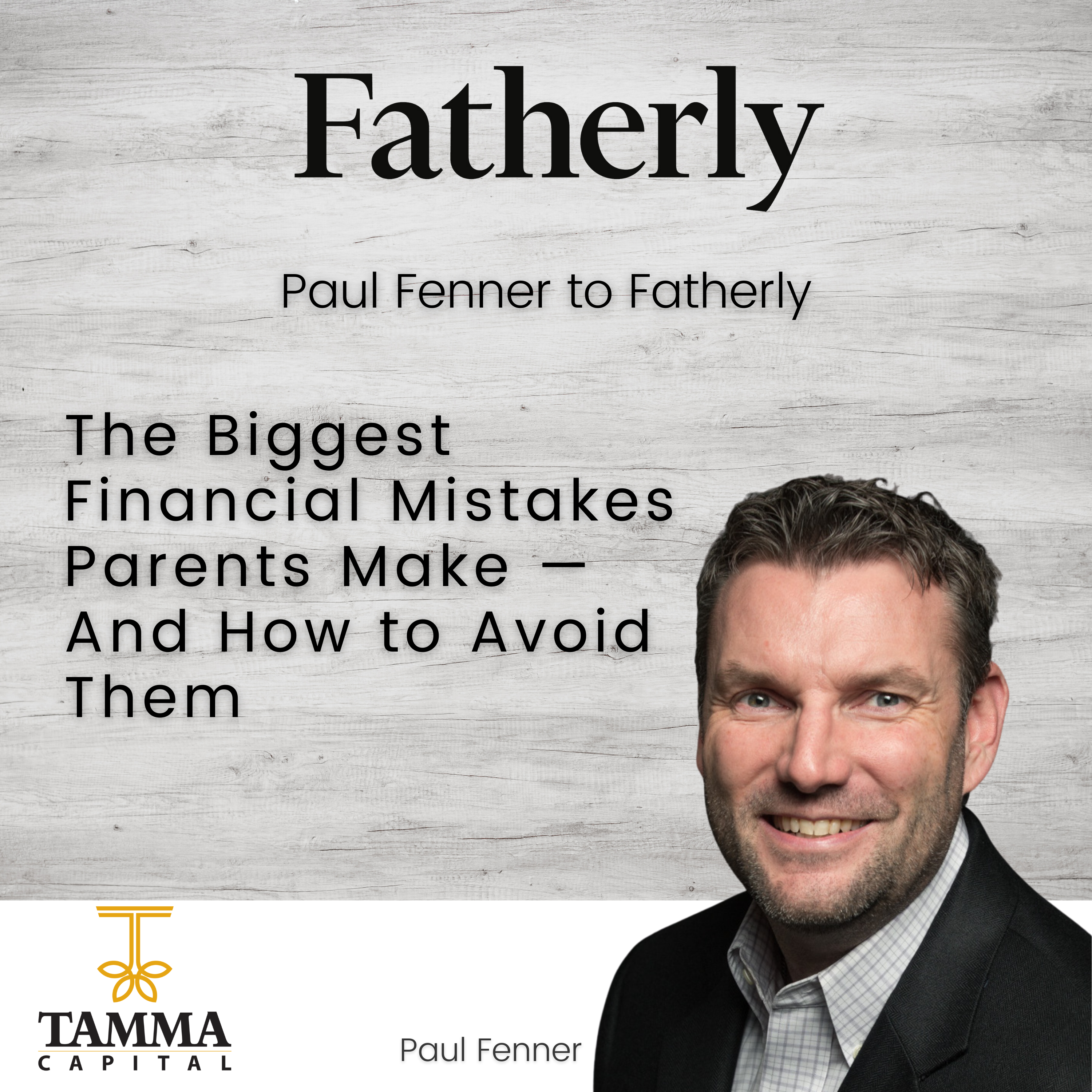 TAMMA Capital Founder Paul Fenner shared insights with Fatherly on the most common financial mistakes parents make — and how to change course before it’s too late.

The article originally appeared on Fatherly here. Following is an excerpt from the article.

With its high levels of stress and few hours of sleep, becoming a parent is a surefire recipe for sloppy financial planning. Everyone, from neighbors to relatives to predictive algorithms for Facebook ads, wants to scare you into spending money.  Meanwhile, the bare necessities — diapers, clothes, cribs — are expensive enough on their own.

While the stress of parenting mellows, the ad hoc approach to spending often remains. Parents spend years spraying a dollar hose at camps, sports leagues, after school activities and whatever else crops up. After decades of indiscriminate spending, they’re unprepared for major life events ranging from college tuition and retirement to disability and death. Financial regrets? Like the great economist Frank Sinatra, they have a few.

But that regret isn’t inevitable. We asked financial planners about the biggest financial regrets they heard from clients who are parents. Many said their clients with kids wished they’d started financial planning sooner, which is unsurprising (honestly, only rich people start saving when they should). But they also shared counterintuitive advice about how to prioritize money over the long term. Here’s what you should know about the biggest financial mistakes, and how to change course before it’s too late.

Financial Mistakes Parents Make: Not Starting to Save Sooner

With the money drain of diapers, daycare, and more, the early years of parenthood leave little wiggle room for savings. But as Michigan financial planner and father of four Paul Fenner says, parents who don’t find a way to start saving money early inevitably regret it. “The number one regret I hear from parents is that they did not begin saving earlier in their lives,” he says.  “Whether that is saving for retirement or college, they regret or second guess the decision not to get started planning sooner.”

How to Correct it: The best time to start making your money grow is 10 years ago. The second best time is today. So, start socking away cash. Now. Ask someone you trust about how to make your money grow over time and follow their advice as quickly as possible. As Fenner says, the first step is the hardest. “[Parents can be] afraid of taking the first step or that their ambitions were unclear to where they did not know where to start or who to turn to support their family,” he says.