Sometimes a picture can tell a thousand stories.  However, I hope to use far fewer words and utilize only three pictures (graphs actually) in which to explain the story behind the price declines within the U.S. equity markets.  Let’s begin with the two graphs below which from my viewpoint tells of the correlation between the drop in equity prices over the past 6 weeks and the continued deterioration in earnings per share estimates.

The first chart from Business Insider demonstrates how 2015 equity prices and Q4 earning per share estimates were moving apart during Q4 2015. 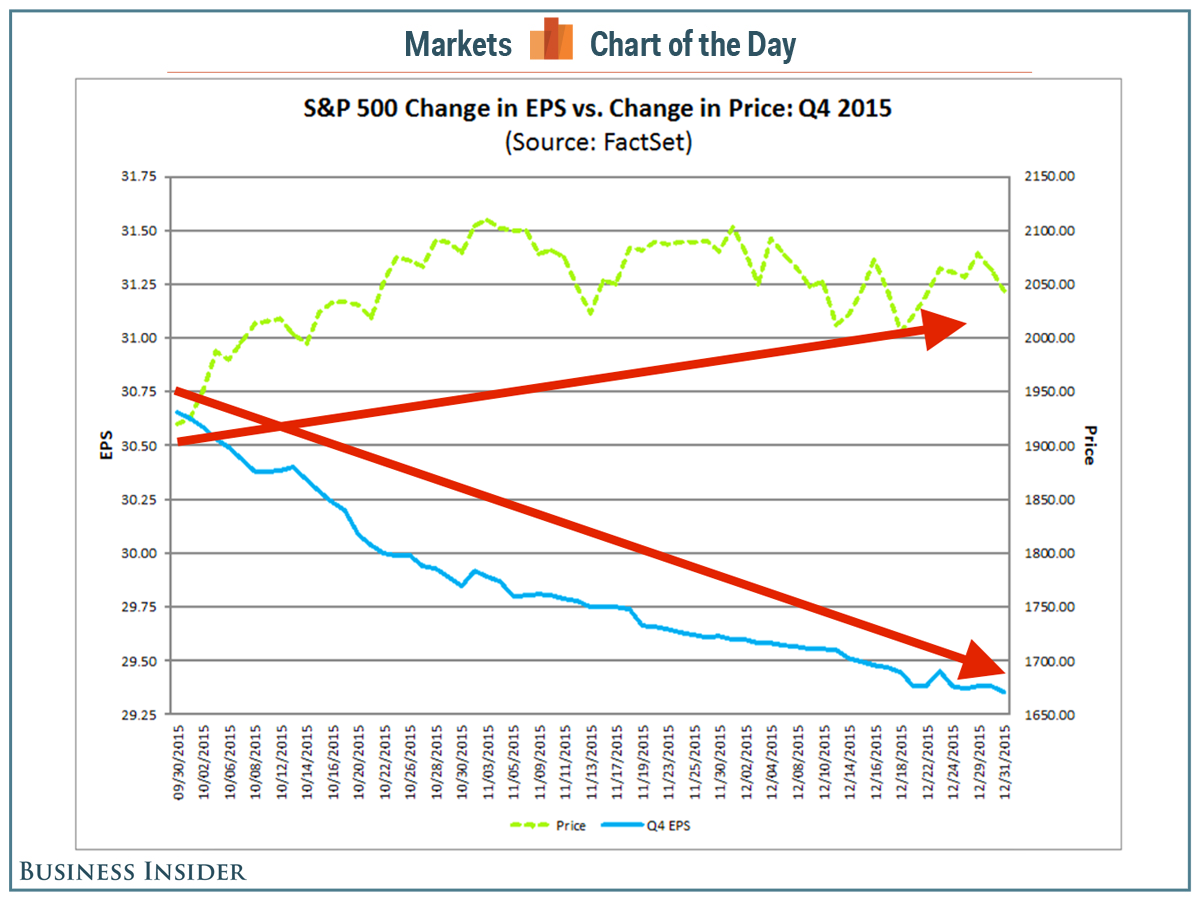 The second chart, compliments of The Earning Scout, shows the drastic slide by month beginning in July 2015 of Q4 earnings estimates.

According to these two charts, we could have seen going back to the early Fall of 2015 timeframe that something was amiss within the fundamentals of the biggest U.S. Companies and the prices that they were trading at.  The right call at that time would have been to underweight equities and overweight cash or bonds which is precisely what we did at TAMMA Capital.

But what are the driving forces (or noise in my opinion) behind expert’s explanations of why equity prices have dropped so far this year? A decline in oil prices and an economic slowdown in China.  Let’s take a closer look at each individually starting with oil to determine if either are a driving force or just market noise.

The Decline in Oil Prices 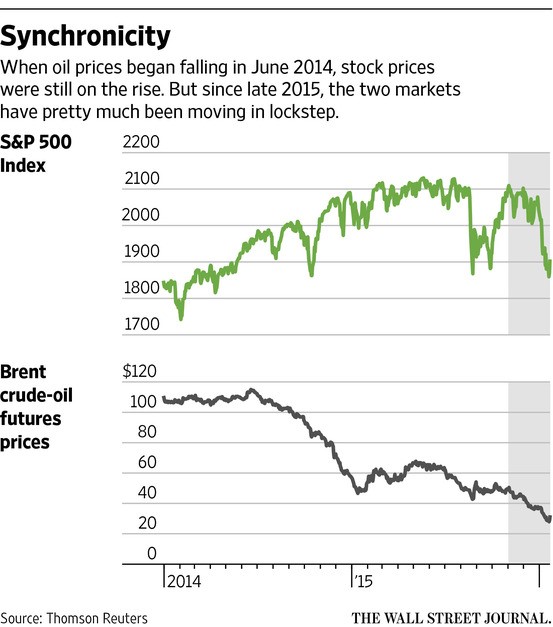 As we have noted in previous articles, we believe that there are several reasons as to why revenue and earnings estimates have slowed which include the following;

So at the end of the day, we are back to focusing on the continued deterioration of revenue and earnings estimates by U.S. companies.  By understanding some of the underlying trends within the various sectors that make up the U.S. economy, we can carefully try to identify those potential winners while trying to avoid the potential losers.