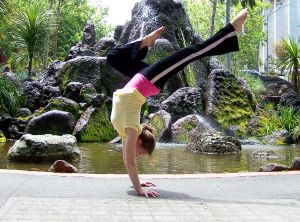 One of the traits that helped me during my corporate finance career was learning how to be adaptable and flexible.  Over the course of my Corporate career I faced some fairly challenging experiences:

Sadly, after presenting my background to people they often wanted to run in the opposite direction or have me walk back out the door that I just came through.  But being in these rather difficult situations allowed me to see the perspectives of one situation from many different angles.

To the companies I was working with, these changes were merely business decisions that had to be made for the betterment of the overall company and its shareholders.  From the employees’ perspective that were losing their positions, this wasn’t a business decision it was all personal.  Then there was my perspective.

Seeing Both Sides of the Equation

I could see both sides of the situation as I was often in the middle between the two groups.  In some situations, my position was eliminated just like most if not all employees.  While other times, I had another position to go to, often in a similar role with another difficult situation to deal with.

In some situations, poor decisions that were previously made by companies had unintentional consequences upon its employees.  While other situations were a result of bad decisions made by the employees often due to their lack of flexibility and the ability to adapt to changing business conditions.

It’s this perspective that has also helped me in my investment career.

When considering any investment thesis, I try to find just as much data that opposes my viewpoint as agrees with it.  There are a plethora of smart people within asset management that may have an opposing view to my analysis which must be respected.  In baseball, you are considered a legend if you bat above .300.  In the investment arena, world-class is batting anywhere between .500 and .600.  Thus, you have just as good a chance of being wrong as you do in being right.

Having an open mind within my investment process requires me to be both adaptable and flexible.  Just like a good hitter in baseball can adjust to a good pitcher, so too must an investor adjust to not only the changing business landscape but also to changes in trends, and more importantly investor psychology.

What I Am Reading This Week