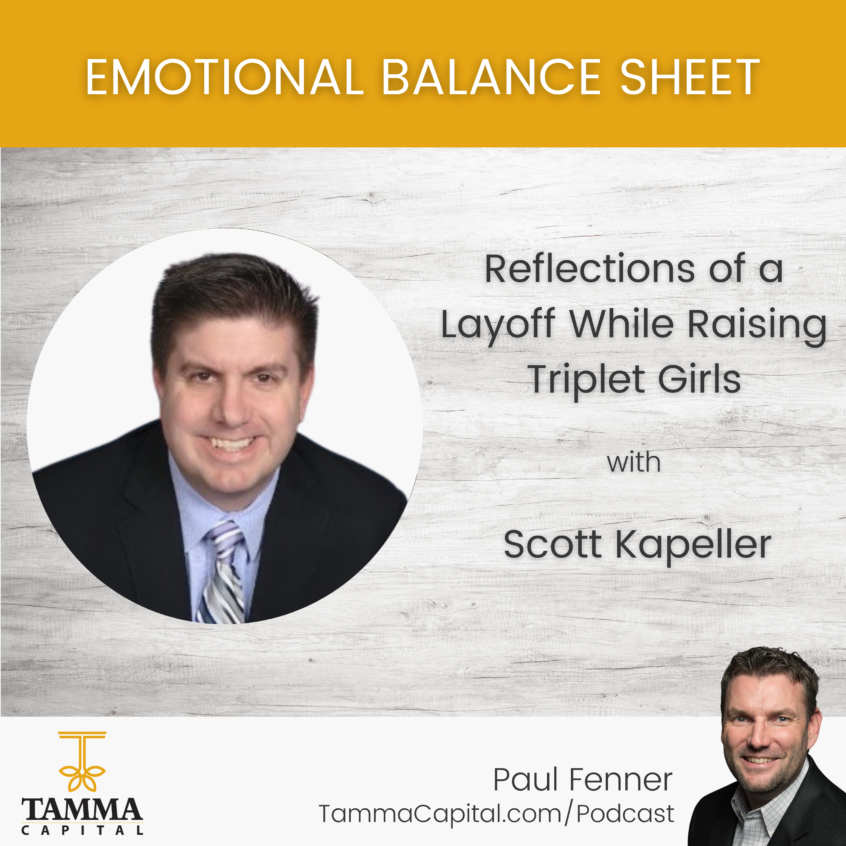 One of the life-changing experiences that Scott and I also share is that we both went through a significant job loss within our careers.  I can always see with great clarity the day I was delivered the news that I was no longer wanted.  Scott explains, getting the dreaded text, “I know you’re traveling can you call-in quickly.” Being 1,800 miles away from home and thinking nothing of what this call was about, Scott called into the home office and learned of an unanticipated fate.

In our conversation, Scott walks through the emotional roller coaster that began on that fateful day.  Although he thought that hearing the news that he was being released was the bottom, Scott later learned that he wasn’t even close to the bottom.

Scott published his journey on LinkedIn in what he refers to as his manifesto.  Within it, Scott lays out five valuable lessons that all job seekers could benefit from, especially during these trying times of COVID-19 with so many layoffs and restructurings.

In addition to Scott’s five lessons, he also provides his insights into five tips that you should be doing if you’re not employed or even if you are employed that will help you get through this life transition, which includes paying it forward.

Paying it forward is another characteristic that Scott and I share, which means helping others during their time of transition, just like there was likely someone who helped you during your time of transition. Don’t be the person who receives a call from someone in need and doesn’t return it.

Finally, Scott talks about the impacts of losing his job had on his family.  The sometimes challenging conversations that he had to have with his wife and triplet daughters.  Going through a job transition can put additional stress on a relationship, especially between a spouse or partner, so be sure to have a network of people you can talk with outside of your immediate family.

Summer of Scott: Reflections of a Layoff – Scott’s LinkedIn Manifesto

What Would You Consider to be Your Most Valuable Asset?