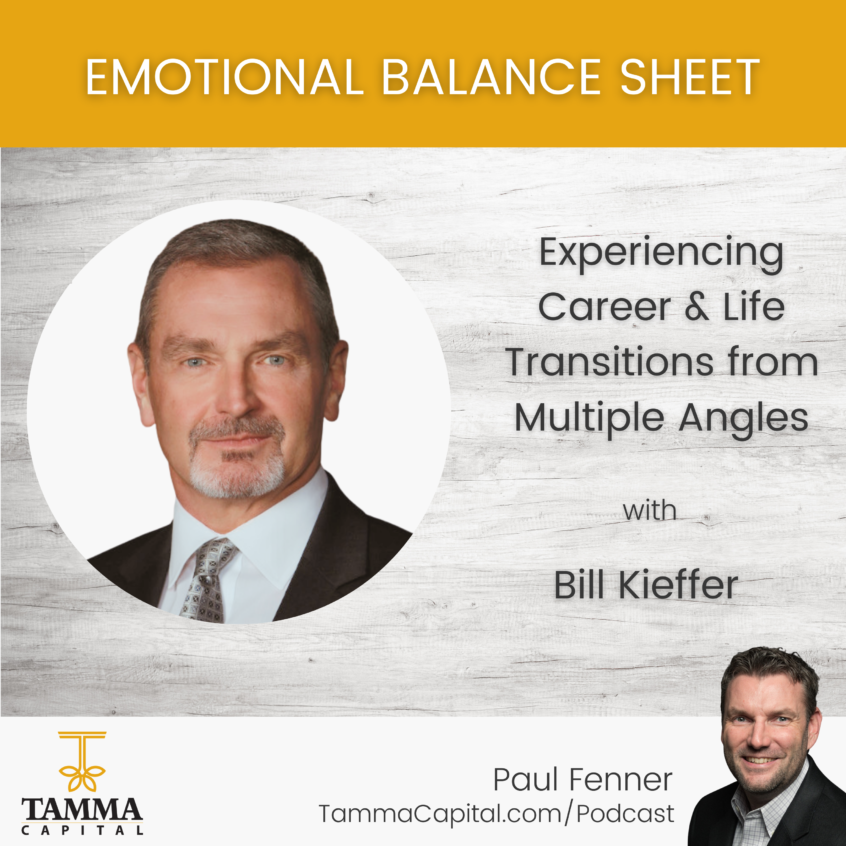 Going through a job transition can be an emotional situation for most people in corporate America.  But what about transitioning from military life to civilian life?

Today I speak with Bill Kieffer, a corporate executive, coach, speaker, and former officer in the U.S. Army who has experienced career and life transitions from virtually all angles.

Bill discusses in depth the personal challenges that he faced when making the difficult decision to leave his career in the Army for the betterment of his three children.  A decision that many military personnel faces today when deciding what to do next after leaving the service.

In working with veterans through their transition to civilian life, Bill talks about his approach to helping people determine what good likes and how to define success for themselves.  Bill details how veterans and non-veterans should look at their current transition environment and realize how it can impact their path in the future, which may require a person to pivot multiple times.

Bill emphasizes that transitions are more challenging when you don’t know what direction you want to take, both professionally and, more importantly, personally.  A message that led him to put together a TEDx talk on “Investing in the Middle.”

Finally, Bill describes his six keys to success when it comes to managing transitions, or in military terms, his philosophy of command.  Bill explains these core sets of values helped him make sound financial decisions early in his career, allowing him to launch his own business today.

Resources Featured In This Episode:

Scott Kapeller – Reflections of a Layoff While Raising Triplet Girls