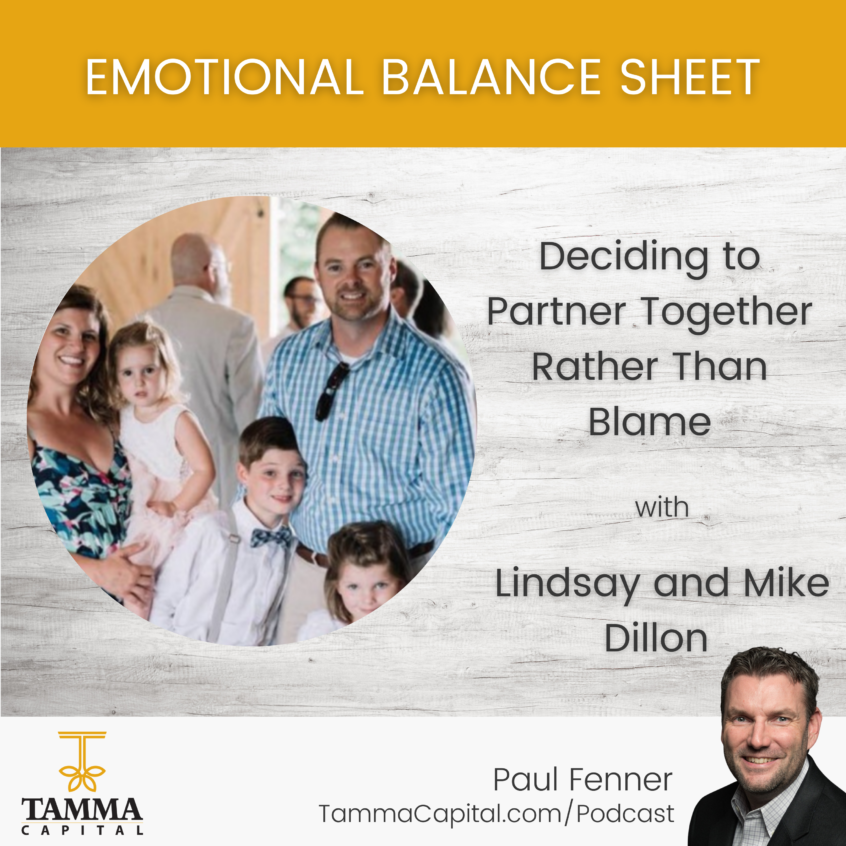 The fastest way to create strife within your finances is to marry or partner with someone who has wildly different spending expectations.  Layer on considerable amounts of debt, either from student loans or credit cards, can be a recipe for disaster.

Mike & Lindsay Dillon may have been headed down this road, but then something changed.  They changed their mindset and decided to partner together rather than blame one another for their differing financial management styles.

Lindsay is a physician assistant at ProMedica Toledo Hospital, while Mike is an associate professor of speech pathology at the University of Toledo. It’s essential to understand their chosen career fields because student loan debt is a significant contributor to how they ended up with over $200,000 in debt.

The couple had some understanding that they would need to take out a massive amount of student loans to cover their graduate programs’ costs.  However, it wasn’t until the first student loan payments came due that they realized they had no plan for how they would be able to afford the debt while still having a life and building a family.

Lindsay and Mike talk about how their emotions changed about money when they started working together and seeing their debt levels begin to go down significantly.  They realized that their debt was a heavy load to carry, which they could feel, bringing down their relationship and family.

Rather than being paralyzed by the fear of not knowing or improving their financial situation, the couple decided to take the first step of figuring out their starting point. Second, they created a spending plan that they could both live with, paying off massive amounts of debt quickly.

The couple shares intimate details about their struggles and triumphs when it comes to their wealth management plan in hopes of being able to help other couples who may be in similar situations.

Resources Featured In This Episode:

Essentialism: If You Don’t Prioritize Your Life, Someone Else Will

The Millionaire Next Door

Start with WHY, The New Wealth Planning Reality