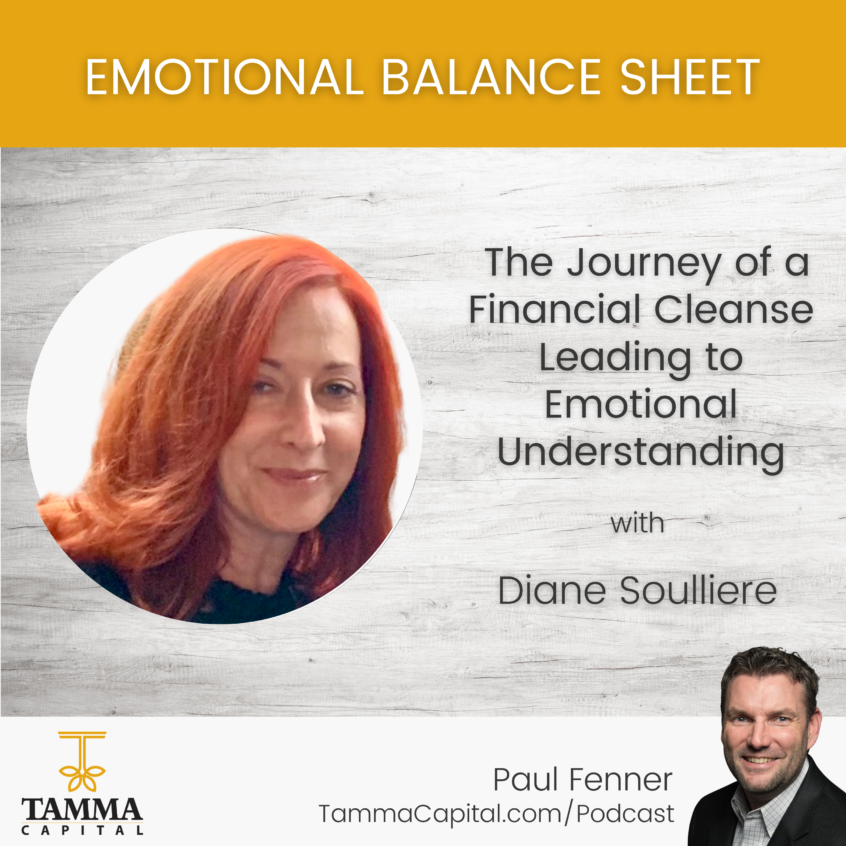 Who doesn’t think about resolutions and creating new goals to achieve at the beginning of the year?  But what drives us to make those resolutions and goals?  And more importantly, how will we reach them?

Each new year, Diane Soulliere would begin a cleanse to help detox her physical body from the toxins that had built up over the prior year and to help herself promote a healthy lifestyle.  But then, she paused and asked, “I perform this cleanse for my body, but could I do a cleanse to improve my financial and emotional health?”

Diane knew that she was frequently spending for the sake of spending.  She estimated that well over 80% of the items she bought were spur of the moment.  So she began to write down her spending, review her monthly credit card statements with vigor and critically told her family and friends that she was going on a financial cleanse and would need their support.

Through her journey, Diane discovered what was really valuable to her and began to align her spending accordingly.  One critical factor that allowed her to accomplish this was to give herself a 24 hour grace period before she made any purchases.  More often than not, she would not move forward with the purchase because it wasn’t aligned with what she valued or, quite frankly, needed.

Since the beginning of the year, what has occurred has likely changed Diane’s life forever, not necessarily from a financial perspective but from an emotional standpoint.  This transition helped Diane understand that trying to “buy happiness” was not making her happy but learning to understand what she valued today and long-term did.

Brian Portnoy – Funded Contentment: Am I Going to Be Okay?

The Psychology of Money